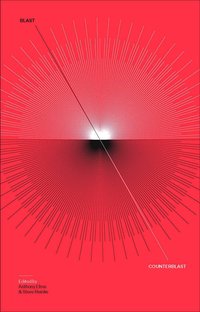 Death Park is a short story in Blast Counterblast which is a multifaceted, fascinating examination of the way intellectuals interact—through influence, through argumentation, and through criticism. Looking at both Wyndham Lewis’s modernist publication BLAST and Marshall McLuhan’s 1969 response to it, COUNTERBLAST, the contributors to this volume—a selection of writers, visual artists, performers, and filmmakers—skewer relational aesthetics and identity politics in order to restate what the role of identity formation is today. Taking McLuhan and Lewis as starting points, the essays in this volume develop and push the ideas presented in both BLAST and COUNTERBLAST while the book design pays homage to both thinkers’ experiments in typography.