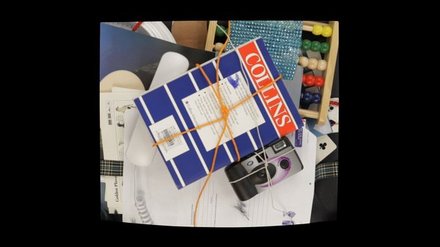 I wrote ten poems about ten objects given to me by the New Zealand born artist Kate Davis for her film Denkmal (2013). Kate's 28-minute work narrates the touch of common objects that recent technology has made redundant. An audible description (written by Ellie Herring, Dominic Patterson and me) is given of the next object shown, rather than explaining what is seen on screen, describing the objects only through the use of language relating to the senses, specifically touch and sound.
Denkmal has been shown at, amongst other venues, Temporary Gallery (Cologne); CCA (Derry) and Scottish National Gallery of Modern Art (Edinburgh).