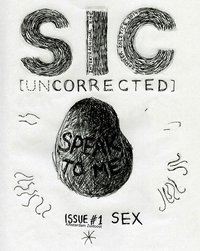 The Disappearance: fifty-nine seconds is a short story in issue one of the new zine SIC, edited by Bea McMahon & Vaari Claffey. The story is part of my ongoing series of writings around ten film roles of the Canadian actor Donald Sutherland.