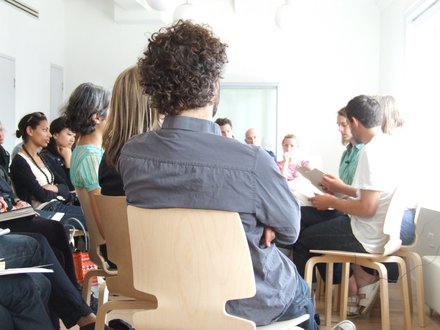 Living Clay was a series of bi-monthly reading events, co-hosted by myself and an invited publication, about art writing as a meeting place for deduction, disagreement and debate, part of my role as Writer-in-Residence at Whitechapel Gallery. Guest publications included: Cabinet (New York), The Happy Hypocrite (London), Fillip (Vancouver), MATERIAL (Los Angeles) and F.R. David (Amsterdam). 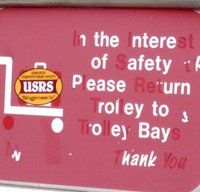 F.R. David - Thursday 11 February, 7pm - Co-hosted by Maria Fusco with Will Holder, Editor, F.R. DAVID, a journal which focuses on the status of writing in contemporary art, as a mode that exists alongside or in service of the visual.

The Happy Hypocrite - Saturday 22 August, 2pm - Hosted by Maria Fusco, founder/editor of The Happy Hypocrite and Writer-in-Residence. Featuring new reading works from Babak Ghazi and Beatrice Gibson, this event is a foreword to Volatile Dispersal: Art Writing Festival - a parley-based event that will take place at Whitechapel Gallery on Saturday 21 November - encouraging its audience to participate in sustained speculation around art writing.

Cabinet Magazine - Thursday 18 June, 7pm - Co-hosted by Maria Fusco with Brian Dillon, UK Editor of Cabinet, Cabinet
magazine presents Reading in the Dark: a selection of talks and performances that takes place entirely in the dark. Writer and critic Sally O’Reilly performs an invisible theatre piece of her own devising. Artist Jeremy Millar talks about the history and significance of the black mirror. There are dark thoughts, obscure utterances and some black looks.

All events were broadcast on Resonance FM