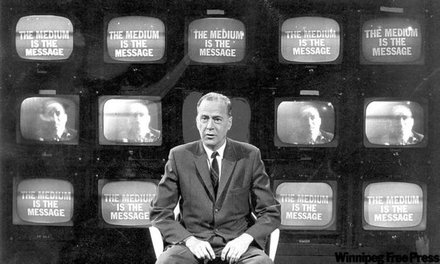 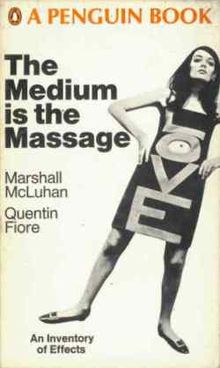 I contributed to this feature by Ken Hollings.

The 1967 publication of the bestselling paperback 'The Medium is the Massage' confirmed Marshall McLuhan as the first mass media guru and 'prophet' of the electronic age. With it he achieved global fame. Newsweek even compared him to Batman. Throughout the '60s McLuhan attempted to explain to its rapidly expanding audience how television's immediacy affected people's psychology and behaviour. Few actually understood his complex theories but he expounded them in a reassuringly authoritative manner, often using short catchy phrases. McLuhan coined the phrase 'the medium is the message' and was the first to talk about the 'global village', both flashcard maxims that helped to define the era's thinking on electronic media.